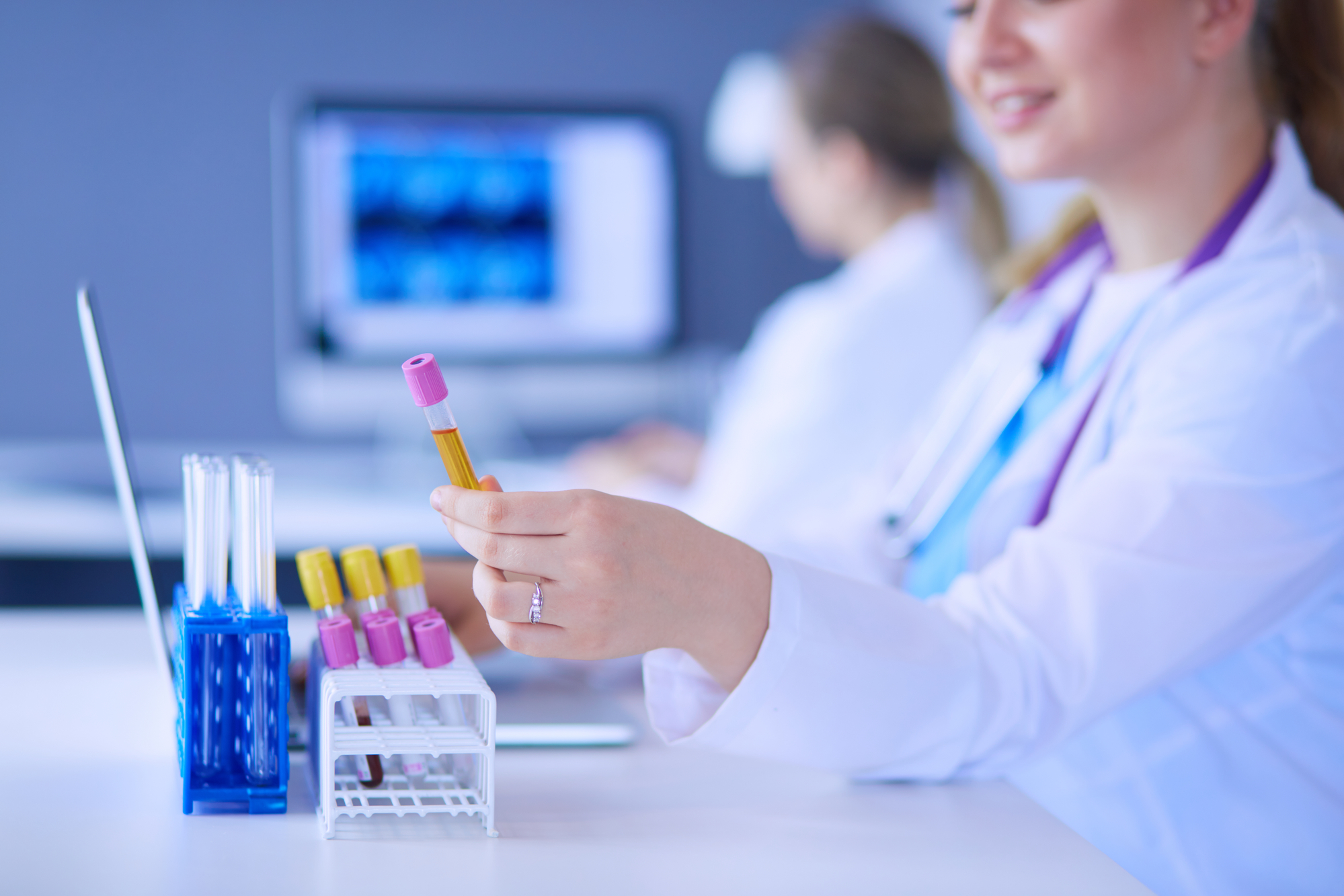 Drug testing and screening are processes most of us go through at some point in our lives. Whether you’re applying for a new job, have been accepted to a university, or have joined the military, getting drug tested is simply another part of the process. Organizations use drug testing for various events, background checks, and credentialing.

Drug testing is the process of screening individuals for certain drugs. The test finds out whether or not a person has used a certain drug or drugs.

There are various types of drug testing, each of which uses its own type of specimen. Continue reading below to see which test requires which specimen, how the test works, and which drugs it may reveal.

A urine screening is the most common type of drug and alcohol testing. Its popularity stems from the fact that it is one of the easiest, quickest, and most cost-effective drug tests. This test in particular is often used as part of pre-employment or post-accident screening.

The testing facility collects a urine sample via a urine test cup, which features testing strips inside the cup. It works by encountering drug-specific antibodies that then react only to the specific drug or drug metabolites being tested for. The drug-specific antibodies attach to large, colored particles on the test strip. If the test is negative, those colored particles will flow up the test strip and be captured on a red or pink drug line. If the test is positive, those colored particles will flow up past the drug line, indicating that the person didn’t pass the test.

Drugs that are screened via urine test typically include alcohol, amphetamines, barbiturates, benzodiazepines, cocaine, cannabis, methamphetamine, opioids, and phencyclidine (PCP). It takes some time for these drugs to metabolize and pass through urine, so extremely recent drug use — for instance, any use that occurred in the last 24 hours — may not be detected.

Oral fluid testing is also referred to as mouth swabs or saliva testing. This type of drug test collects a saliva sample from inside a person’s mouth. Companies commonly use saliva tests as a part of pre-employment screening since they are another cost-effective option for drug testing. They are easy to administer because they only require a quick swab of the inner cheek of the mouth. Lastly, saliva tests are observable, making it difficult for those being tested to cheat.

Unlike urine testing, saliva testing can detect drug use that occurred anywhere from a few minutes ago to 48 hours ago. This type of test reveals the use of alcohol, cannabis, cocaine, amphetamines, or methamphetamines within the past few days — except for cannabis, which is only detectable 10 hours after use.

Oral fluid tests and breathalyzer tests are the main ways to screen for alcohol.

Blood drug tests, as the name implies, require the tester to draw blood. These are touted as the most accurate of all drug tests. They are also, however, the most invasive, specialized, and time-consuming as they involve a needle and require a trained phlebotomist to take blood samples safely. Then they must go to a lab for testing.

While drug test results vary in time, blood tests can typically detect drugs within minutes or hours (depending on the drug or dose). Alcohol, for instance, can be detected for up to 24 hours. THC, the active ingredient in cannabis, can be detected weeks after use. Other drugs a blood test reveals are cocaine, amphetamines, opiates, methamphetamines, and nicotine.

Hair follicle testing is the gold standard for companies that need to detect repeated drug use. It can detect repeated drug use for up to 90 days, far exceeding many of the other tests’ abilities. This type of testing makes it more difficult for people to simply abstain from a drug short-term once they know they’ll be tested for it. Organizations may also use hair tests to provide comparisons with other tests to determine when a drug was last used.

Perspiration drug detection tests, or sweat tests for short, are a newer form of drug testing. This type of testing is typically used for addiction recovery programs and probation/parole. The tester applies a patch to the person’s skin and leaves it on for 14 days. The patch collects perspiration and from that, it can detect traces of drugs in the person’s sweat.

Many people associate breathalyzer tests with being pulled over while driving for suspected alcohol use. In other words, a breathalyzer provides on-the-spot testing for DUI suspects. The individual administering the test has the driver blow into a sterile tube attached to the breathalyzer detection device.

This type of test measures how much alcohol is in the air you exhale. From that measurement, the tester can figure out your blood-alcohol content, or BAC. A person’s BAC is typically the highest one hour after drinking.

Tests vs. Panels: What’s the Difference?

Drug tests and panels can easily be confused and conflated, but they are not necessarily the same. Panel testing is not a type of test, but rather what the test is meant to reveal. Whereas a urine test is a specific type of drug test, a panel refers to the specific drugs being tested.

PrevPreviousAt-Home Drug Tests: Are They Accurate?
NextHow Long Does It Take to Run a Background Check?Next